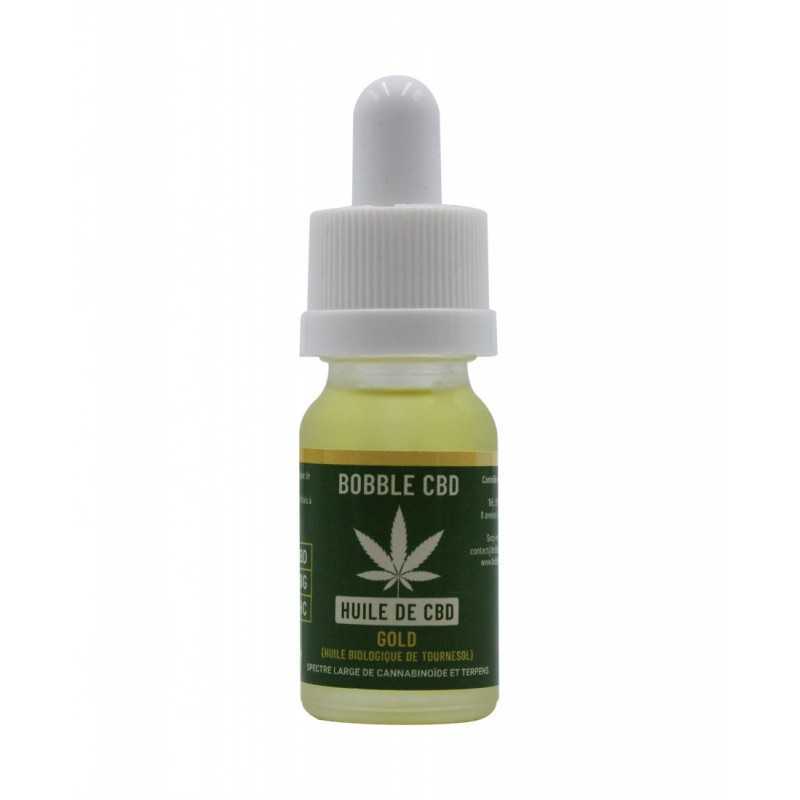 CAREFUL! Do not vape. Do not spray.

CBG, the parent molecule of cannabinoids

The level of CBG, or cannabigerol, in a hemp foot is barely around 1%. This discreet cannabinoid plays a major role in the composition of cannabis. It is indeed the precursor of all other cannabinoids, CBD and THC included. The first cannabinoid acid to form in a cannabis plant is CBGA. Its rate is at its maximum at the time of flowering of cannabis. Under the effect of different enzymes, CBGA then turns into THCA and CBDA. Heat and light finally lead to a decarboxylation of these acids to result in the presence of the cannabinoids that you appreciate so much in your Flowers, wax and CBD oils. Hemp's low CBG content means that it has only recently been researched. And while there's still a lot to discover, CBG has promising potential.

How does the CGB work?

The few existing researches on CGB have highlighted interactions with the endocannabinoid system similar to those of CBD. Both molecules are CB1 receptor antagonists found in the endocannabinoid system. CBG would thus inhibit, via its action on the CB1 receptor, the assimilation of anandamide, an endocannabinoid that plays an important role in the regulation of pain, appetite or reward circuits. This same study also showed that CBG also has an influence on the vanilloid receptor 1 which is involved in the perception of pain and the management of inflammation.
Another study conducted in 2016 on rats also highlights that cannabigerol would increase appetite. It would thus be the CGB that would be at the origin of the famous feeling of craving triggered by the taking of cannabis. However, these results need to be confirmed by further studies in humans.

The therapeutic potential of CBG

However, several studies have been conducted on animals to evaluate the use of CBG in the treatment of certain specific pathologies. Cannabigerol has shown its effectiveness in rats with colon cancer. CBG then had the effect of slowing the development of colorectal cancer in rats by inhibiting tumor growth.
Another study also opens up interesting prospects in the use in the treatment of glaucoma. CBG would indeed have a powerful vasodilatory action that would reduce intraocular pressure.
Finally, CBG is a proven antibacterial, which could make it interesting in the fight against bacteria that become resistant to common antibiotic treatments such as Staphylococcus aureus!

What products at CBG?

CBG is present in very small amounts in the plant when it is ripe or processed for consumption. Obtaining a product with a lot of CBG therefore requires the use of varieties rich in cannabigerol and a special transformation process to use young plants and preserve their richness in active molecules.
Like all cannabinoids, CBG is all the more effective when it acts in synergy with the other active ingredients in hemp.
That's why we recommend our full spectrum oils with CBG and CBD that combine the best of legal cannabis for optimal effect.

Cannabis oil CBD 5% - CBG 1% full spectrum, for a truly effective entourage effect. On a base of organic hemp seed oil, are hemp taste is floral and...

Cannabis oil CBD 10% - CBG 1% full spectrum, for a truly effective entourage effect. On a base of organic hemp seed oil, are hemp taste is floral and...

Cannabis oil CBD 20% - CBG 1% full spectrum, for a truly effective entourage effect. On a base of organic hemp seed oil, are hemp taste is floral and...

Cannabis oil CBD 30% - CBG 1% full spectrum, for a truly effective entourage effect. On a base of organic hemp seed oil, are hemp taste is floral and...